Women power at akzente - our recipe for success: competence, reliability and flexibility, combined with a great deal of intuition and empathy! 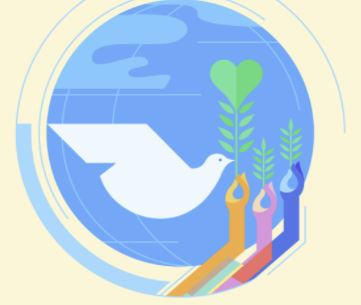 Each year the International Day of Peace is observed around the world on 21 September. The UN General Assembly has declared this as a day devoted to strengthening the ideals of peace, through observing 24 hours of non-violence and cease-fire. 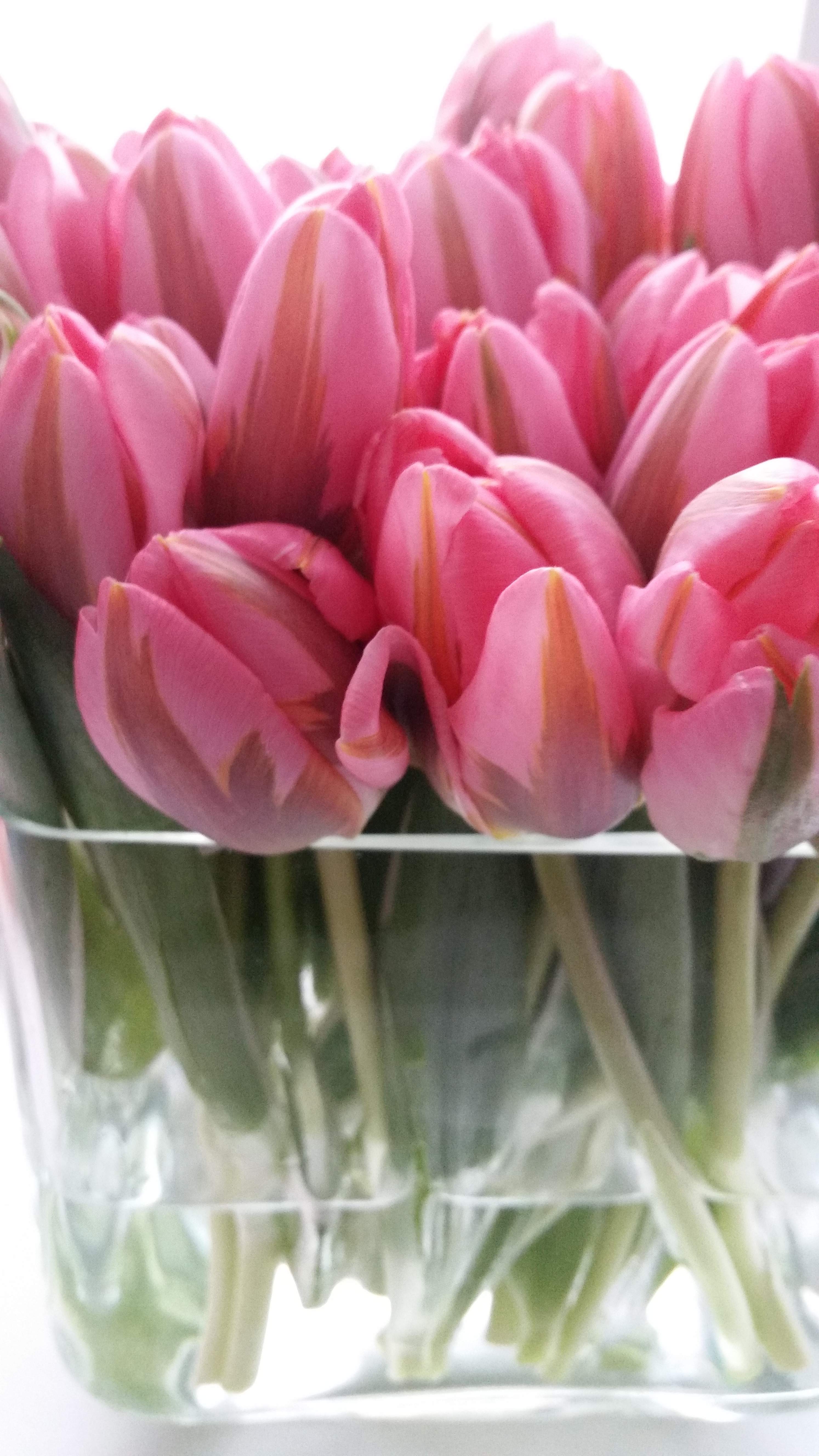 Today, on World Gratitude Day, we would like to say thank you to our customers:

To those who have relied on us for a long time - for their loyalty, positive feedback and ever new challenges;

and to our new customers - for engaging with us and sharing our passion for bespoke communication solutions developed in active exchange!

Limericks - poems with five lines each and a highly unique rhyme form. When commemorating the English writer Edward Lear, who is famous for his limericks, we simply cannot help but quote at least one of those rhymes, which are named after an Irish town:

There was a young lady of Niger,

Who smiled as she rode on a tiger.

They returned from the ride

With the lady inside

And the smile on the face of the tiger.

The English Language Day at the UN is celebrated on 23 April, the date traditionally observed as both the birthday and date of death of William Shakespeare. 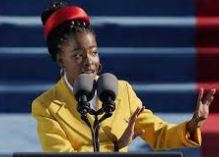 “You won the inauguration!" This is how Amanda Gorman's friends congratulated her on the extremely touching performance of her poem "The Hill We Climb" on the occasion of the inauguration of US President Joe Biden on January 20, 2021.

She also stroke a chord deep down in our hearts. And so we would like to commemorate this poem on the occasion of World Poetry Day - here is the link:

During the various Covid-19 lockdowns, many people have started to bake bread. In the USA, banana bread is very popular. Why not try out the following recipe?

Commemorative day proclaimed by UNESCO to "promote linguistic and cultural diversity and multilingualism". One of the aims of this commemorative day is to draw the world's attention to minority languages spoken by fewer than 10,000 people. 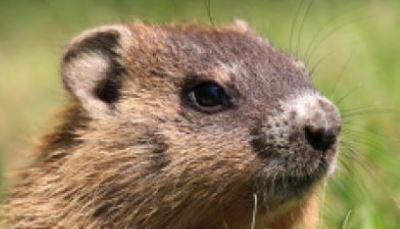 Groundhog Day – not really known over here, but all US news channels traditionally cover Groundhog Day celebrations in the United  States:

There are several “immortal” groundhog meteorologists but let us focus on Punxsutawney Phil from Philadelphia. This year the groundhog has seen his own shadow, so according to its forecast, winter in the USA will last for another six weeks...

You hear them, but you don't see them (often enough) - the conference interpreters who make sure that communication between the attendants of an event runs smoothly, not only within the European Union.

However, the Covid 19 pandemic has led to an absolute standstill also in terms of events. There are hardly any physical meetings at EU level so the freelance interpreters (also referred to as Agents for Conference Interpreting, ACIs) rallied at Pl de Luxembourg vis-à-vis and in front of the European Parliament, pointing out their plight as self-employed interpreters. The report broadcast by the German ARD-Tagesthemen news show gives you further details:

Freelance conference interpreters working on the private market are facing a similar situation but now there is a wide range of ways for organising events in a virtual format that also brings in interpreters. So you do not have to forego your eloquence in your native language. Especially in international meetings you might want to rely on the support of professional and experienced interpreters.

So why not contact us? We will find the right solution for your international event even in times of Corona! 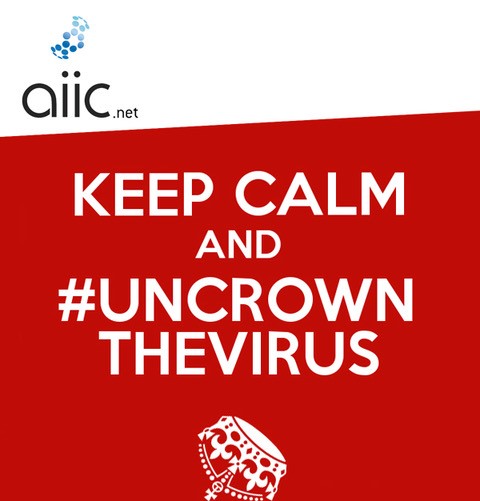 Currently, Covid-19 causes many congresses, events and conferences to be cancelled. Many organizers, however, are not aware of the fact that the first professional technical solutions for remote interpreting are already on the market. In addition to all kinds of software-based services, such as Soft Consoles and classic video conferencing systems, the first state-of-the-art point-to-point solutions are now available. These include studios or hubs with dedicated Internet connections, interpreting desks and high-quality audio and video equipment that offer the best possible quality. All technical requirements for this technology are laid down in the brand new ISO standard published on 15.1.2020.

Covid-19: no reason at all to do without professional communication and interpretation.

Exactly one year has gone by since they so tragically lost their lives in the crash of Ethiopian Airlines flight ET 302 on 10 March 2019. 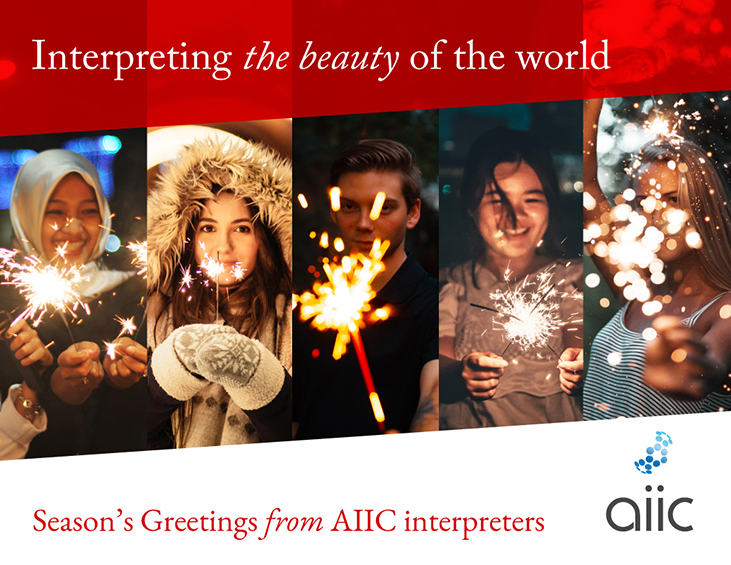 Wishing you and your loved ones a happy, restful holiday season and a New Year full of renewed energy!

May you live in interesting languages

May you live in interesting languages

Celebrating AIIC members, interpreters, translators and all languages the world over on 30 September – International Translation Day. 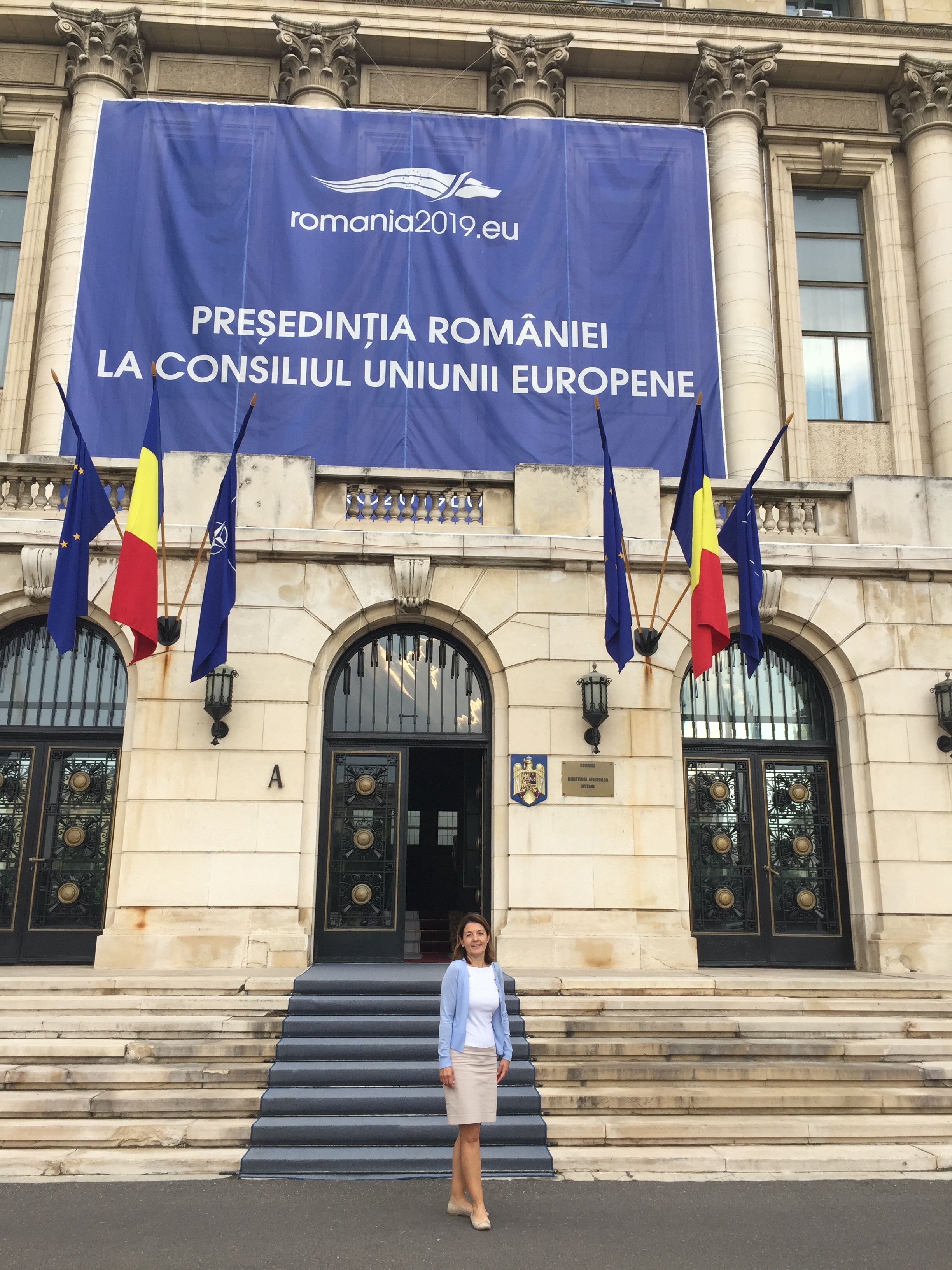 Interpreting for the EU - Presidency of Romania

Interpreting for the EU - Presidency of Romania

From 1 January to 30 June 2019, Romania holds the six-month rotating Presidency of the European Union. Romania is in close coordination with the Trio EU Presidencies of Finland (July-December 2019) and Croatia (January-June 2020). This is the first mandate for Romania. It will have the possibility to imprint its national vision on the strategic debates concerning the future of the European project, to directly contribute to the process for its consolidation, and to promote parts of the European agenda which the country finds important. 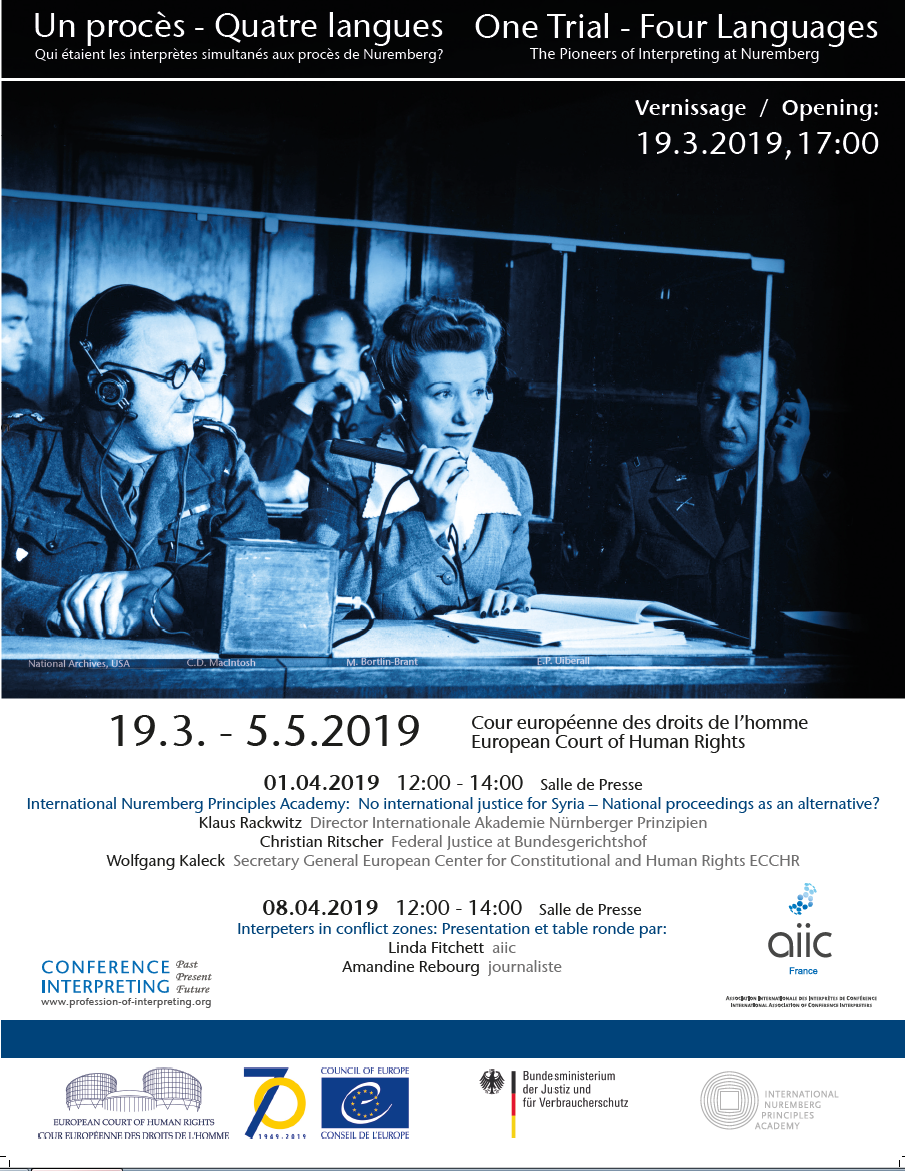 The exhibition "One Trial - Four Languages" at Strasbourg

The pioneers of interpreting at Nuremberg

The exhibition "One Trial - Four Languages" at Strasbourg

From 19 March to 5 May 2019, the AIIC France region is presenting the exhibition "One Trial - four Languages" at the European Court of Human Rights in Strasbourg, which focuses on the pioneers of simultaneous interpreting during the Nuremberg trials.

For more information please refer to the association's website at https://www.profession-of-interpreting.org/en/ 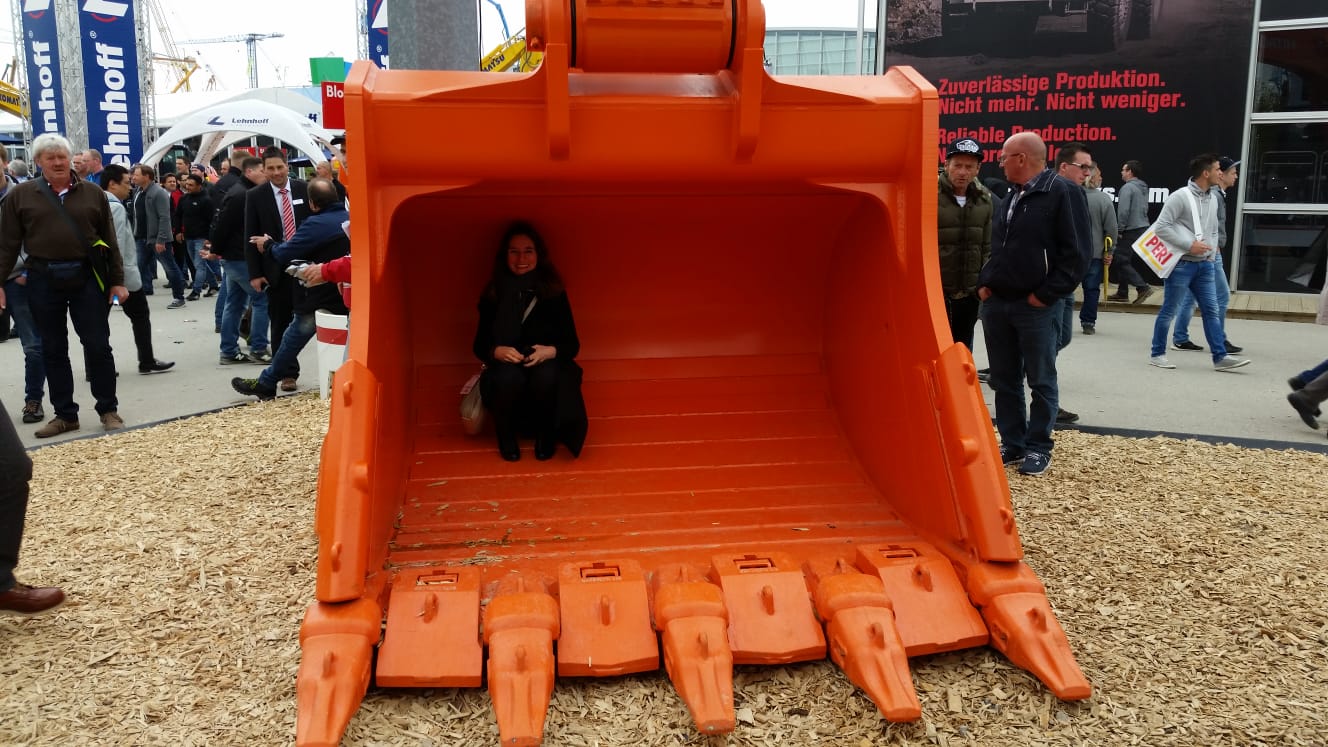 bauma attracts visitors from all over the world

bauma attracts visitors from all over the world

The largest trade fair in the world breaks all records once again this year. Klaus Dittrich, Chairman of the Board of Management of Messe München: "With an area of 614,000 square metres, this year's bauma has grown even more. 3,700 exhibitors from around 60 countries will be showcasing their innovations here in Munich. Tradeshow visitors come from more than 200 countries".

AIIC mourns the loss of members

AIIC mourns the loss of members

Our professional association has confirmed that the AIIC family lost three of its members in the tragic accident of flight ET302 on Sunday. They are Suzan Abul Farag (Cairo, Egypt), Graziella De Luis (Rome, Italy) and Esmat Orensa (Cairo, Egypt).

As a mark of remembrance we suggest that members wear a flower on Monday 18 March.

Dearest Suzan,  Gachi  and Esmat, may you rest in peace. 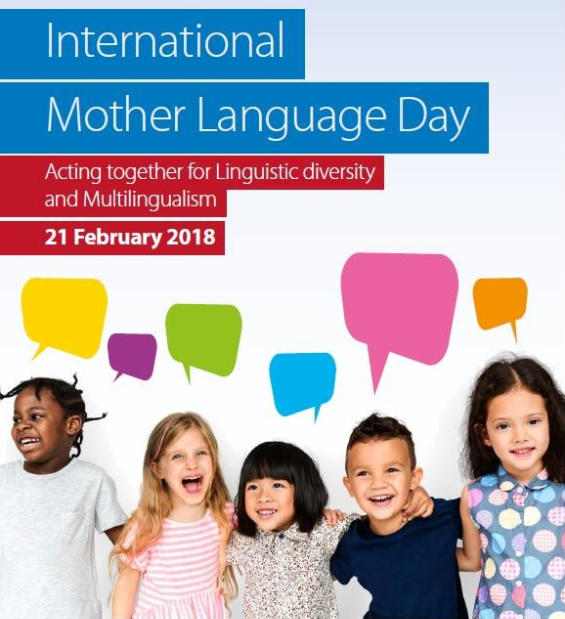 UNESCO is dedicating a day of action to the mother tongue on 21 February, the International Mother Language Day (IMLD).

In times of globalization and social networks we hear and speak other languages to an ever greater extent. In the course of this development, English in particular becomes a lingua franca. Finding the right words and verbal skills seem to lose more and more of their importance.

Our mother tongue is something very special, a means of communication given to us in our childhood, the ability to express ourselves in a language without having to think twice - at least until we get to school. In Nelson Mandela's words, a language that goes to our hearts.

In interpreting, too, we often come across settings in which English is used as a lingua franca, which leads to some participants not understanding all the details or not contributing to the discussion with what they wish to say but only with what they are able to say. Gabriela Ibarburu from our interpreting agency akzente has conducted a scientific study on the possibilities and limits of English as a lingua franca at the European Parliament from the point of view of conference interpreters. In the context of this study she came to the conclusion that "in general (...) interpreters have to make a greater effort in the comprehension phase when interpreting a non-native EN speaker, which requires a higher level of concentration and leads to fatigue sooner".

Our conclusion: Speak in your mother tongue. We let your words work their magic!